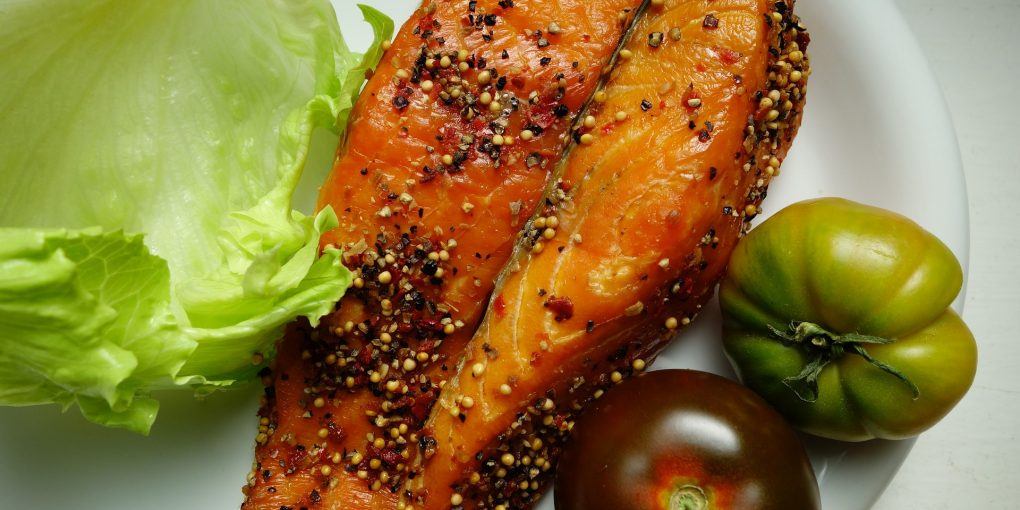 People often believe that their metabolism is pre-fixed and there’s nothing they can do to change it. And it often discourages them from starting weight loss routines because of the preconceived idea that having a slow metabolism will make any effort useless. But it’s possible to accelerate your metabolism if you know which foods to eat. Here are six foods that can boost your metabolic rate and encourage weight loss.

While fat is often seen as an enemy to weight loss, fatty fish can have great benefits for anyone trying to lose fat fast. Mackerel, herring, salmon and sardines are all high in Omega 3 fatty acids and have not only been shown to help burn fat, but reduce the risks of heart disease and inflammation as well.

According to a particular study that was performed on 44 adults, those who were administered fish oil were able to lose about 0.5 kg of fat and showed a significant drop in cortisol after 6 weeks. Another thing that makes fish such a great choice for losing weight is that it’s rich in protein, which requires much more energy from your body to be digested.

Instead of taking over the counter stimulants for weight loss, why not go for coffee instead? Many of these supplements contain caffeine in the first place, but also plenty of other ingredients that could be dangerous. Taking your caffeine straight from coffee will allow you to control your portions and avoid harmful additives.

According to research, coffee could boost your metabolic rate by as much as 13%, which is pretty impressive. In one study, people were asked to consume 100 milligrams of coffee at 2-hour intervals over a 12-hour period. One group was made up of lean adults and the second from people who formerly were obese.

The lean group burned over 150 calories more in average and the formerly obese group burned an extra 79 calories during the study. However, that doesn’t mean you should start drinking 6 cups of coffee per day to lose weight. Anything between 100mg to 300mg per day would be safer, which is between 1 to 3 cups.

People automatically think about things like kale or acai berries when thinking about superfoods, but few realize how much of a nutritional powerhouse eggs can be. Not only are eggs rich in protein, but they are also great if you want to control your appetite. Eggs will make you feel fuller for longer, and the effects will be even greater if you eat them with complex fiber, like whole wheat toast for instance.

There’s a reason why we start sweating anytime we eat something spicy; that’s actually our metabolism going into overdrive. Eating chilies can have a similar calorie burning effect on your body as physically activity.

Another great thing is that capsaicin, the compound that makes chilis so spicy, can be taken orally to boost your metabolism when you’re on a restricted diet. And you could compound the fat burning properties of capsaicin by consuming some before a workout and wearing a sauna vest to stimulate body heat. Capsaicin has also been shown to have appetite suppressing properties, which is another plus. If you want to know where to find a sauna vest, you could try a retailer like Kewlioo.com, as they have them in sizes XS to 6XL.

As you can see, boosting your metabolism doesn’t have to be so hard after all. If you manage to incorporate these few foods into your diet while having an active lifestyle, you should be able to lose fat faster and start seeing results in no time.

Jessica Peters is a freelance writer from Melbourne who blogs about health and fitness. Jessica is an avid traveler and regularly crosses the globe to learn about other cultures while blogging from her laptop.

How To Cook Marijuana-Infused Food For Medical Purposes

How to Choose the Best Digital Meat Thermometer for Grilling

The Best Ways to Cook Every Cut of Venison

What are the Benefits of CBD Gummies?

How To Cook Marijuana-Infused Food For Medical Purposes
How to Choose the Best Digital Meat Thermometer for Grilling
The Best Ways to Cook Every Cut of Venison
What are the Benefits of CBD Gummies?
10 Mouthwatering Dishes You Can Make from Empanada Maker
﻿How To Safely Use An Electronic Smoker?
Healthier Snacks Your Kids Will Actually Want to Eat
Grilling Mistakes you’re Probably Making
How to Grill Tuna Steaks
Four Healthiest Types of Cooking Oils
﻿10 Amazing Honey Recipes
Easy Food Ideas for Parties
Healthy, Organized, and Cost-Effective: 4 Tips for Smart Grocery Shopping
Mistakes to Avoid When Using an Electric Pressure Cooker
5 Las Vegas VIP Lounges You Need to Try